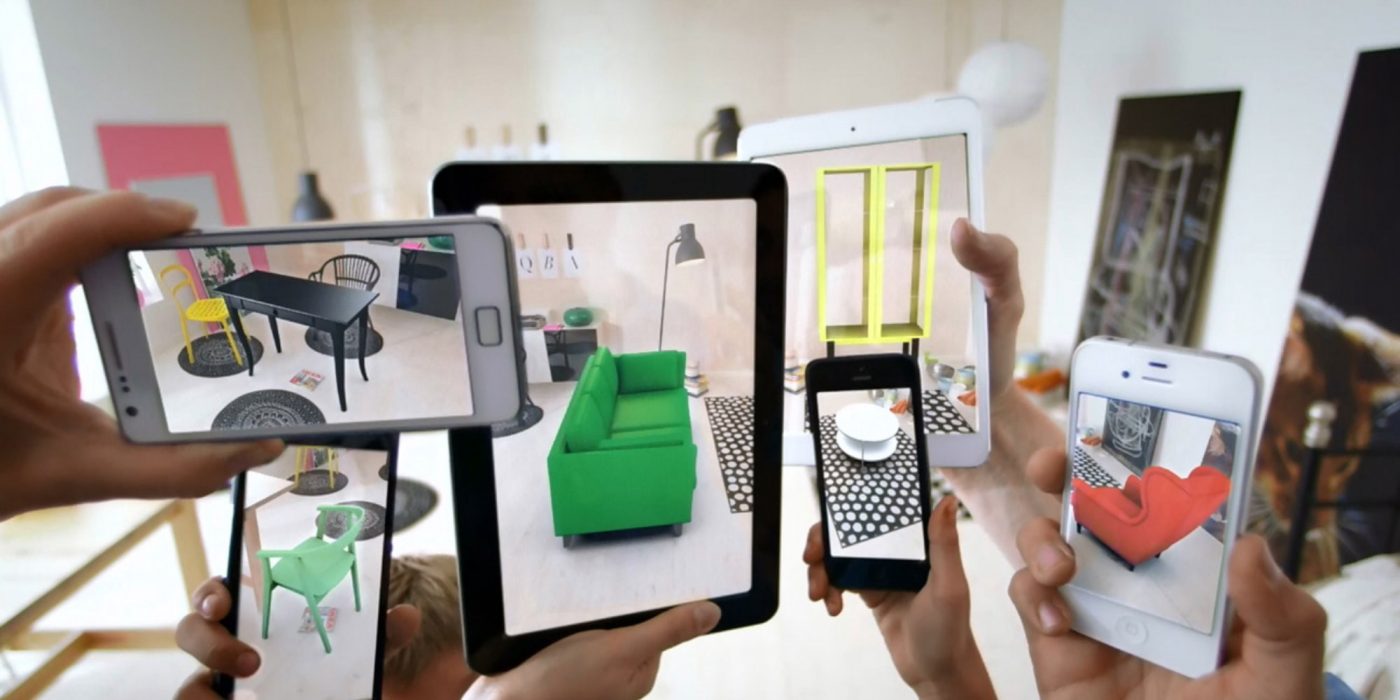 Can augmented reality ecommerce change the way we shop online?

Augmented reality is no longer a new concept since it’s been around for a few years, ever since Google introduced its Glass project, while nowadays, AR companies keep appearing. Basically, it shows computer-generated images in the real world. But it has way more applications than you can think!

Recently, I’ve observed that this…technology is also being used by online retailers, as they are looking forward to offering a modern buying experience, allowing people to make purchases using their eye movements. Yes, today we’re talking about augmented reality ecommerce and how it can change the way we shop.

How does AR for ecommerce work?

Let’s say that you want to buy some furniture, but you’re not sure about the way it looks in your house. This is where augmented reality comes in, allowing you to see a simulation of the room, with that exact piece of furniture in it. How cool is that?

But this is just an example and the list could go on. Generally speaking, AR helps you visualize, in a virtual environment, the benefits a product you want to buy can bring you. And it doesn’t matter if we’re talking about furniture, makeup, clothes, appliances and so on. The idea remains the same.

As a side note, a study reveals that more than 40% of consumers are actually willing to spend more on a product if it offers an augmented reality experience. If you have an ecommerce business, let that sink in for a moment.

Are there any companies relying on augmented reality ecommerce?

You bet! From important names in the game, like IKEA, and ending with smaller companies, a lot of them have taken advantage of this new concept. And you will be amazed by how awesome their projects are.

Let’s talk about them for a few moments, shall we?

Since we started we furniture, think about IKEA. It’s one of the best retailers in the world, with people buying massively from them, no matter if it’s from online or brick-and-mortar stores.

Ever since 2014, they’re offering an augmented reality version of their catalogue. You select the piece you want to buy, use the catalogue as a marker… You know what? I’ll let this video explain everything better:

If you ask me, this is the perfect example, but this doesn’t mean that the list can’t go on. I’ve come across make-up companies (I was researching for this article, OK?), allowing you to upload a photo of yourself and see how their products look on you. Also, I’ve found another one which helped me pick a new color for my room, while another app showed me how a new TV would look like in my living room.

The idea is that augmented reality ecommerce is definitely here to stay and we shouldn’t be surprised if more and more retailers will begin using it. And yes, they can change the way we shop. After all, when buying online, from the comfort of your home, see the actual product on yourself or around you can really influence your final decision.

What are your thoughts on this? Would you rely on AR when shopping? Let us know, by dropping a few lines in the comments section below!