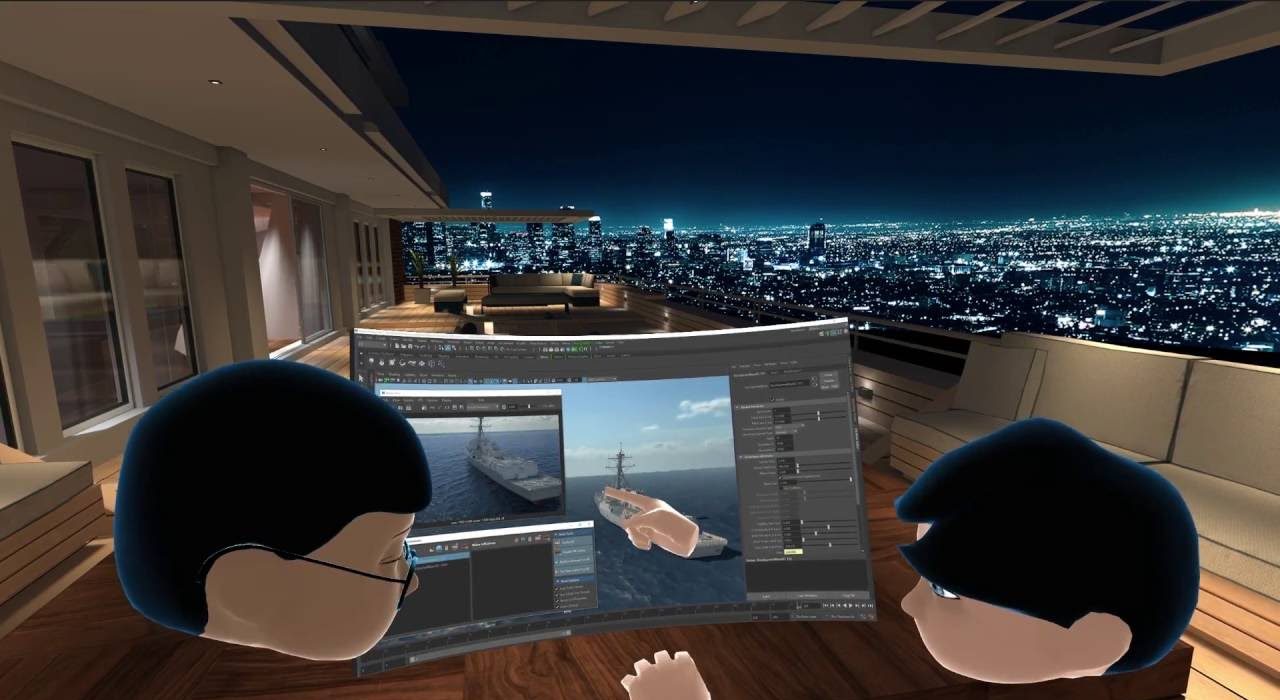 How would you like to work in a virtual reality office?

It’s well known that more and more companies are adopting remote work, as it’s a great way to reduce costs and collaborate with people from all over the world. But with the constant rise of VR, even those working remotely now will be able to share the same space, as the idea of a virtual reality office is starting to shape up nicely.

Even though it seems like a concept that is still far from being adopted by the masses, there are already a lot of people embracing it and even try to promote it to the masses. Also, at a second thought, it’s not an entirely new concept. Skype and email are around for years, not to mention communication platforms like Slack or Hangouts. These, alongside other tools, contributed to the expanding of the idea of working remotely.

Switching a physical office with a virtual one

But some companies are trying to take things one step further, by building or adopting software able to put everything we do on a computer and in an office in VR. Why is this happening? Why would people want to work in a virtual reality office? Well, the idea is simple.

Take the United States, for example. Over there, more than 70 percent of offices have adopted the open-office floor plan, in order to encourage banter, which can – in some situations – lead to innovation. However, not a lot of people are ok with this.

Specifically, they do want to work in a team and meet with all members, but they want some privacy as well, in order to be able to focus on their work as much as possible. And what better way to have a privacy than in your own virtual office?

Of course, let’s not forget about those remote workers who just want to socialize a bit in their breaks or work better, with some help from their colleagues.

Anyway, the idea is simple: the virtual reality office is happening and, honestly, I think it’s a pretty cool idea.

What are the advantages of a virtual reality office?

Ah, glad you asked. First of all, let’s talk from an employer’s point of view.

There’s no need to rent an office, since all employees can work from their own homes, using a virtual reality headset. Also, let’s not forget about the cost of a space like this, which implies heating, lighting, and many more. Of course, there are costs with logistics as well, but we won’t get that much into such details.

Secondly, let’s think about employees. They don’t have to leave their homes anymore, so they are able to save time and money by not commuting. As for the interaction, there’s no doubt that it’s more interesting to do it in a virtual reality office than through a conference when you rely on a webcam and a microphone.

But what about the disadvantages?

Considering the current development of virtual reality, it’s not that hard to identify that implementing this concept is not that easy.

Let’s start with the costs. Relying on a virtual reality office means that all employees need a headset. Depending on how much they need to stay in VR, they can opt for one that works alongside a smartphone, like the Samsung Gear VR or the Google Daydream View, or one that needs a PC, like the HTC Vive.

It is well known that smartphones tend to get hot and their battery drains really fast, so if we’re talking about longer VR sessions at the office, it’s obvious that a Vive would be a better choice. And it doesn’t come for cheap, not to mention that a PC able to run a VR environment can also cost a bit.

So yeah, basically, it’s about the cost of the equipment. However, let’s not forget about what using a VR headset for a long time means. Employees need to deal with eye strain and take pauses after one hour of using, as it’s recommended.

What kind of technology is required for this?

Well, this is the part which, at least for the moment, makes the concept of virtual reality office inaccessible to the masses.

First of all, you need a VR headset. Like mentioned above, an HTC Vive would be the best choice, since it’s better for longer sessions. Secondly, it’s the actual software that permits creating a VR office.

Some of the most popular options of the moment are Bigscreen and Altspace VR, both of them being avatar-based social spaces, available for the main platforms. And it looks like they have been tested by bigger organisations, like the Bank of Ireland, for example, and they were delighted with the overall experience.

You can see how Bigscreen works here:

We’re looking at an amazing use of technology over here, there’s no doubt about this. Also, we’re pretty sure that, considering how fast virtual reality is developing, it won’t be long until the idea of a virtual reality office starts winning territory.

What do you think about this? Would you work in a VR office? Let us know, by dropping a few lines in the comments section below!