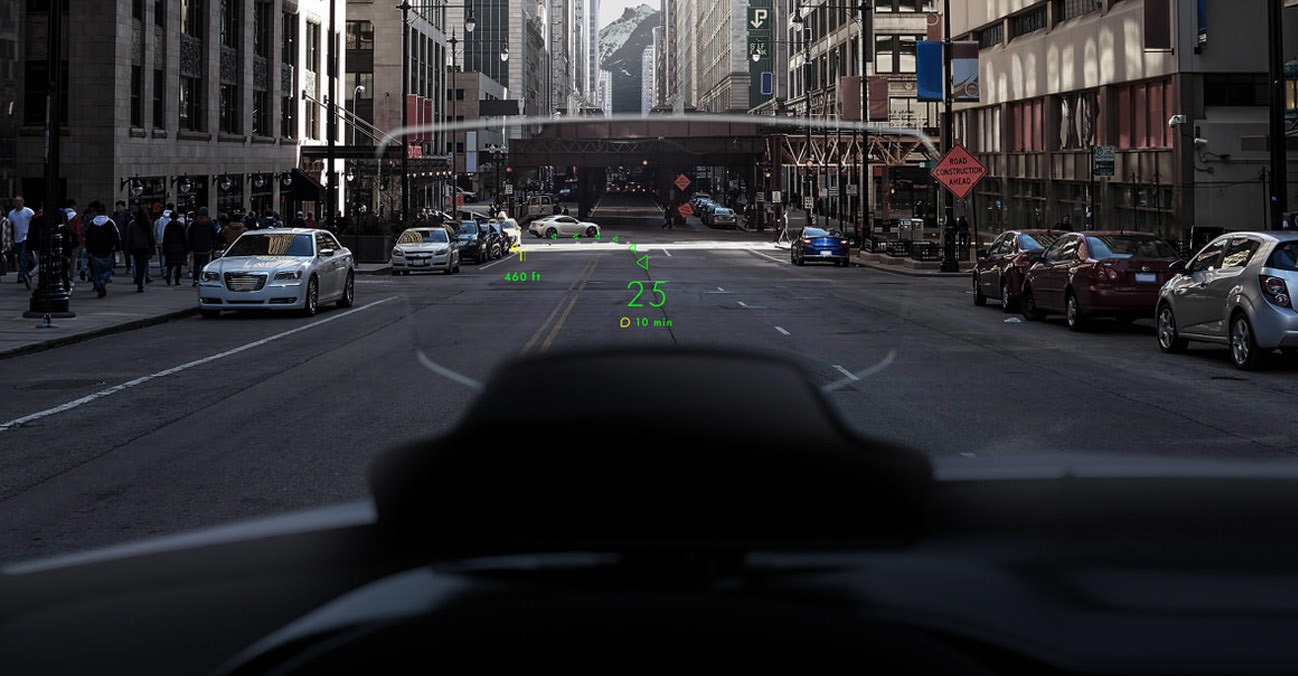 Is an augmented reality HUD the best copilot?

Many years ago I was at a car expo, checking out some of the latest technologies. I remember entering a Mazda and seeing a small piece of plastic, popping out from the dashboard, just in the driver’s field of view. The guy from the stand explained that it’s a head-up display (or HUD, as I found out later), which projects information the driver needs.

Basically, that little piece of transparent plastic was showing the speed, the average fuel consumption and some other data I can’t remember.

A few years passed and I’ve come across a news article from CES 2018, saying that cars can now come with an augmented reality HUD, which is an improved variant of that little piece of plastic I saw some time ago.

Let’s find out more details about this thing…

Can an augmented reality HUD help you that much?

At this year’s Consumer Electronics Show, an augmented reality company from Switzerland, WayRay, showcased a new in-car heads-up display, with a totally unique approach, compared to what I knew until then.

Going by the name NAVION, it’s an aftermarket solution which automotive manufacturers can implement in their cars and…man, these guys did an amazing job.

Now, in order to better understand this concept, an augmented reality HUD projects all the information you need while driving on a small piece of transparent plastic or glass. But it’s not that much noticeable, so you will have the impression that everything is projected on your windshield. You don’t need to look anywhere else, except straight forward, and you will see how fast you are going, navigation instructions, as well as data gathered by the front-facing camera.

Check it out here:

NAVION is not the first product of this type on the market since I’ve seen a few aftermarket HUDs until now, but this one actually feels a lot better. Specifically, it’s relying on the True AR engine, which shows data on the display more naturally and authentically, being tied to what’s in your field of view.

An updated version could be released soon!

WayRay announced that the True AR SDK, which their augmented reality HUD relies on, can be accessed by other developers, in order to make it better.

Therefore, in the near future, we could see a new version, showing enhanced navigation, points of interest, special offers from the stores you’re passing by and many more. Even more, the company’s CEO announced that they’re planning to launch an entire app store for their HUD.

Until now, the company managed to raise over $30 million and they are in talks with big names from the automotive industry, like Honda, which could use their technology for upcoming car models.

To wrap it up, the answer is yes, an augmented reality HUD can really help you while driving. And if you’re doing it alone, it can be a great co-pilot. However, you cannot talk to him. At least for the moment…