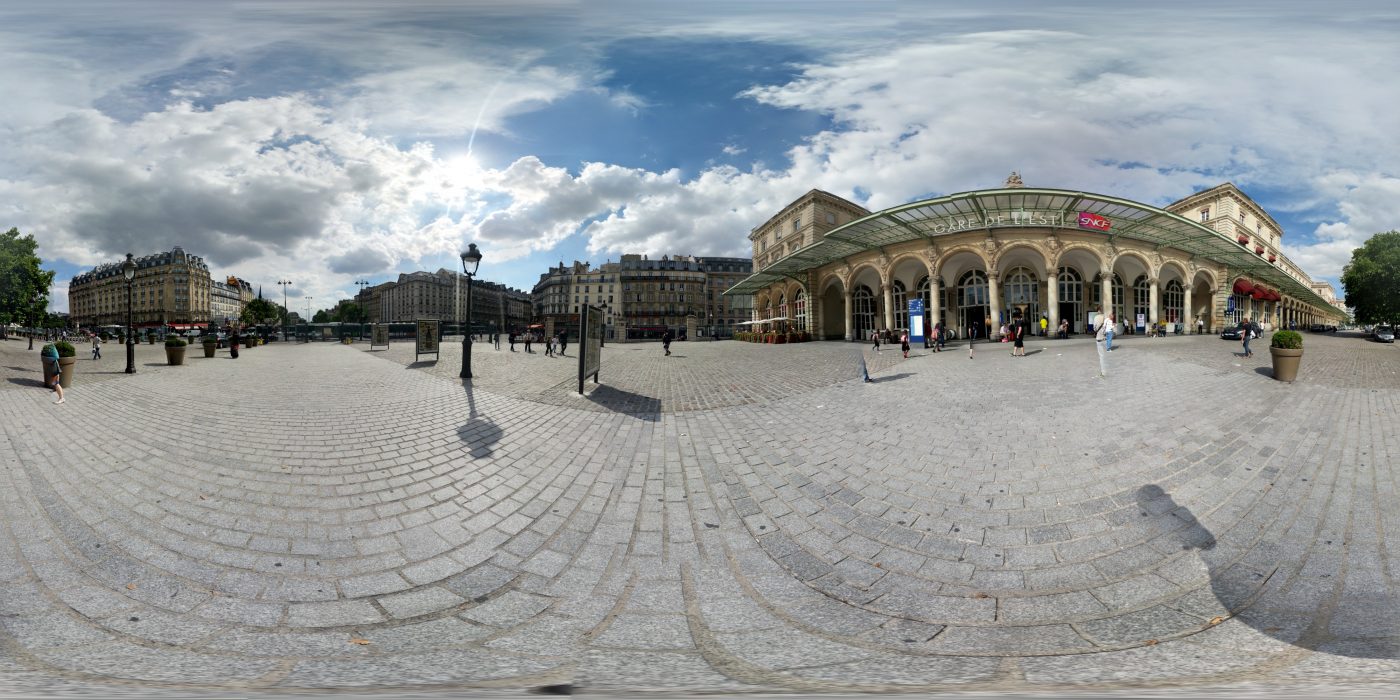 Learn How to Create Virtual Reality Images in a Few Minutes

Enough with enjoying just VR content created by others. It’s time to make your own!

It’s been a while since your first experience, but you keep wondering how on Earth are these guys making virtual reality images and movies that looks so cool. I’ve been there myself, I know the feeling, but don’t worry, since you’re going to find out shortly.

As virtual reality started becoming more and more popular, developers adapted to this, releasing VR-focused apps and – generally speaking – content very often. However, some users wanted to take it to the next level and see if they can enjoy their own creations in an immersive way.

Today we’re going to talk exactly about how this can be done. And you know what’s the coolest part? You can do it with no more than a smartphone as well!

Use a virtual reality camera

When it comes to creating VR images and videos, there’s a no-brainer option, which doesn’t require that much technical knowledge, since most models are actually very easy to operate.

Yes, we’re talking about virtual reality cameras, which are nowadays available at any respectable retailer, for decent prices, we’d say, considering what they are able to do.

Such devices can take spherical photos or videos, by recording every angle of the scene at the same time. Usually, it comes as a standalone camera, with multiple embedded lenses, which cover multiple fields of view, then stitch everything together and voila, you have your own 360 images or videos, which you can explore with a virtual reality headset.

Sure, there are professional models – monoscopic cameras, that is – able to shoot 360 videos at higher resolutions, like the monstrous GoPro Odyssey, which can capture 8K30 video!

Still, for the average users, a stereoscopic model should be just enough. And thankfully, there are a few great models you can choose from.

It can take 15MP photos and 4K video, while the dual 180-degree lenses provide a seamless 360-degree picture. Not to mention that the Gear 360 is a very compact model and is water resistant, being perfect for making virtual reality images any environment.

And the content you can create with it looks awesome on the Samsung Gear VR! This is how a video shot with this camera looks like:

On the other side, if you can add a few more bucks to your budget, you can get the highly praised Ricoh Theta S, considered one of the best 360 cameras for low-light shooting, thanks to the enlarged image sensor and Manual shooting mode.

Check it out in action:

See? Told you it was easy! With a camera like this, you can make your own 360 VR images in just a few minutes. And they will be absolutely awesome when you’ll want to show your friends how your holiday was, but in a totally new way than they were used to! Just make sure you don’t share ALL your photos…

Now let me take a wild guess: you don’t want to invest in a camera, but you’re still interested in creating virtual reality images. Don’t worry, we got you covered!

You know what they say: “There’s an app for that!”

We bet that you have a smartphone (and even reading this on one), so whether it’s running Android or iOS, it can do a great job with creating VR content, as long as you got the perfect app.

Ok, but enough with the chit-chat and let’s see which are the apps that can help you make your own virtual reality images and videos to enjoy in VR.

Sorry, Apple fans, but Google does a way better job with virtual reality, at least until now. Still, it’s compatible with your phones as well!

It’s stupidly easy to use, since everything you need to do is take panoramic images with your phone’s camera, while the app itself does the rest, stitching them together and make them viewable using a headset. Or hey, even a Cardboard.

I really wonder what would Steve Jobs say about this…

Get it now, from Google Play or the App Store. 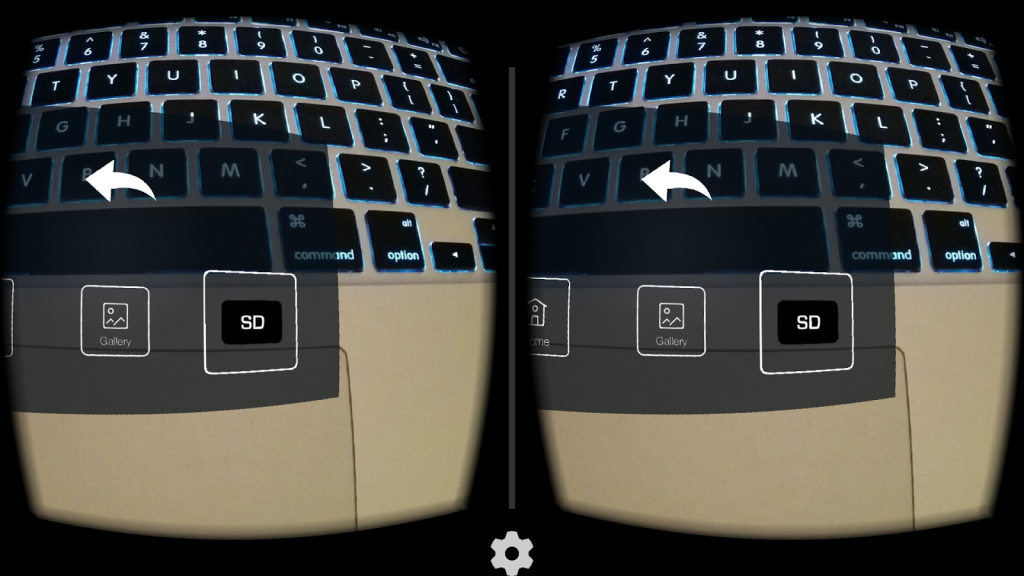 Since we’re talking about a relatively new market, there are a lot of apps which are still in their beta versions, but this doesn’t mean that they’re not doing a great job!

Take FullDive camera, for example, which is still being developed and comes as an extension for the FullDive Virtual Reality app. Simply put, it can be used to take pictures for the app, which can eventually be enjoyed through the integrated platform. Simple and easy to use, it’s currently one of our favorites.

Get it now, from Google Play.

We were pleasantly surprised after testing this app, as it’s not only great at creating VR pictures, but it also allows you to watch 360 videos!

With just a few taps, you can easily create panorama images, which can be shared on social media, but also – this is our favorite part – viewed as VR images. And believe us, the app is putting everything together nicely.

Another nice addition is that you can check out the app’s own feed, where you can share your creations, but also checks the ones made by other users. Everything in HD, of course.

Get it now, from Google Play 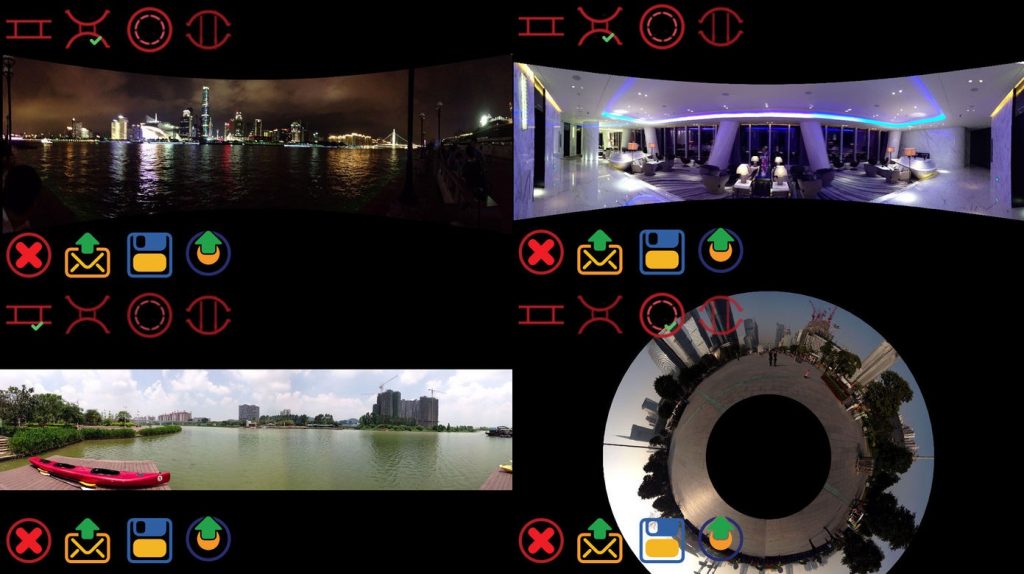 Yes, it has almost the same name as the previous entry on our list, but it’s a totally different app. And it’s an iOS-exclusive one!

Basically, everything you need to do is sweep the camera around and it will capture all frames automatically, in less than 60 seconds. Then, it puts everything side by side, so you can enjoy a fully 360 VR images for Google Cardboard. Or the headset of your choice, of course.

Another big plus of this app is that it also makes some serious adjustments to the shots, so you can obtain the perfect image. I’m talking about adjusting lens curvature, as well as the white balance and brightness for each of them. Just make sure you shoot from a distance bigger than 2 meters and you will be amazed by the results.

Get it now, from the App Store 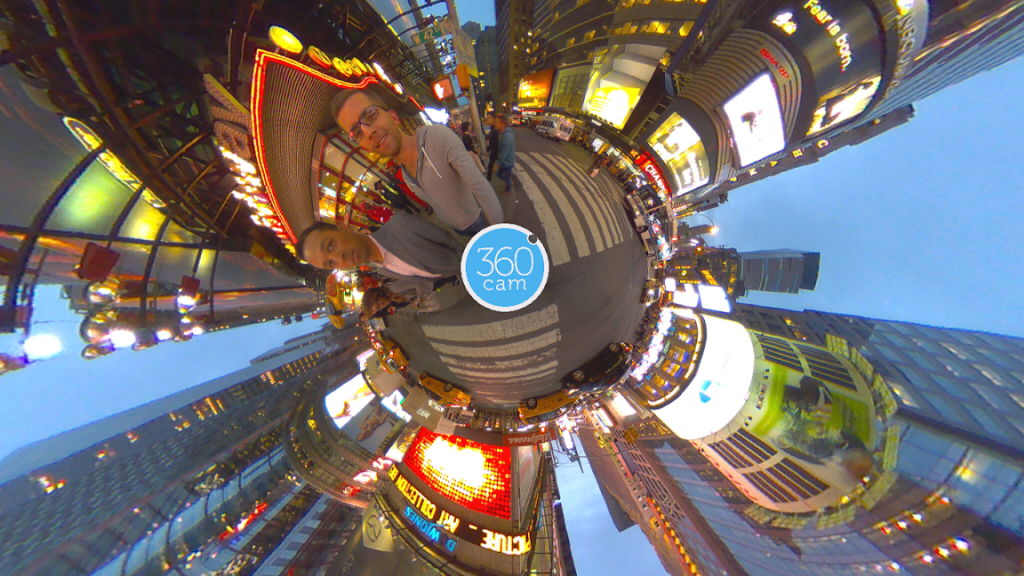 We’ve saved the best for the end. Developed by Giroptic, 360cam is a…well, 360 camera app (don’t judge me, you’re not my mom! Or my English teacher!) built to easily capture photos and videos from every angle.

But hey, a lot of apps can do this, so what makes it special? Well, thanks to the side by side viewing mode, you can push your experience to the next level and enjoy the videos and photos you’ve taken in virtual reality.

Just like the previous, it also has a feed, so you can enjoy a lot of content, offered by partners or other users..

Get it now, from Google Play or the App Store.

See, told you it was easy to create your own virtual reality content! Now go out there, take your phone out, shoot some photos and videos, then see how it looks in virt…oh, wait. I almost forgot about something.

Now that you’ve created your own virtual reality images or videos, it’s time to see how they actually look in virtual reality. And in order to do it, it’s obvious that you need a VR headset.

Now we’re not going to insist that much on this, since there are tons of headsets you can choose from, starting with the cheapest cardboard version, like the Google Cardboard, and ending with a high-end model, like the Samsung Gear VR, for example. 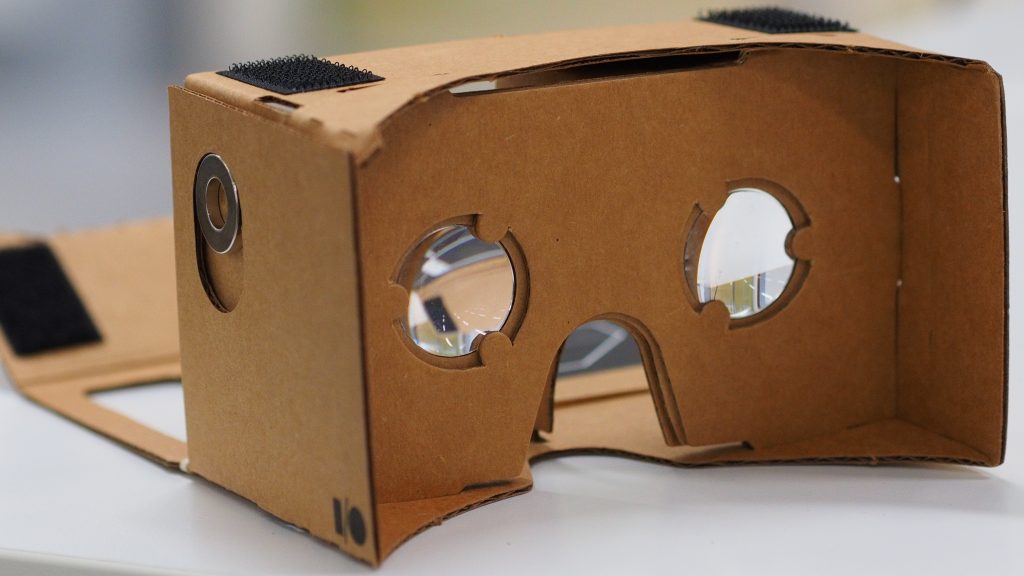 However, if you do want to check out a few nice recommendations, you can check out our top with the Best Virtual Reality Games for iPhone, where we also talked about a few of our favorite models.

Off to work now!

And this wraps it up nicely. If you were wondering how you can create your own virtual reality images or videos in just a few minutes, here you have all the details you need in order to do it.

Hopefully, we managed to cover all the essential steps, so we’re looking forward to seeing your results! Also, do you know any good apps which can be used for this? Let us know about them, so we can make this resource list even more insightful!