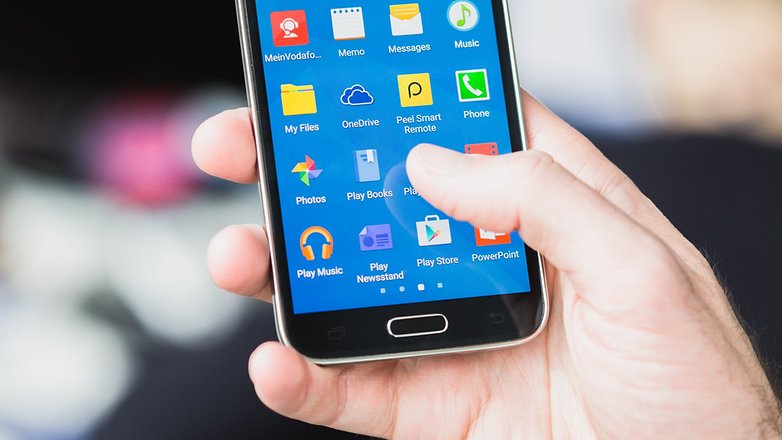 My Samsung Galaxy S5 screen won’t turn on. What should I do?

We know, it was one of the top flagships on the market when it was released, but this doesn’t mean that the Samsung Galaxy S5 didn’t have any problems. On the contrary, it was actually one of the most problematic high-end models ever released by Samsung. Well, except the Galaxy Note 7, of course.

One of the most common issues was that the Samsung Galaxy S5 screen wasn’t turning on. And this happened while the other features, like ringing or vibrating, were working properly.

If you are using one and having problems with the display, you’re in luck. We’ve put together a list with some tips you can use and see if things are back to normal.

See if it’s powered on

It sounds a bit funny, but some people claimed that the screen wasn’t working and they were advised to see if there’s any battery left on the phone. We’ll let you guess if they had any.

Therefore, check if the phone is actually powered on. If it looks like it is, but the screen won’t turn on, keep the Power Button and the Home key for a few seconds until you feel a short vibration.

This will perform a Soft Reset on the phone, simulating a battery removal. The phone should work normal now.

The Galaxy S5 was the last Samsung flagship to feature a removable battery, so take advantage of this.

If the screen does not come back after trying the previous tip, then remove the back cover and take out the battery. Wait for a few seconds, then put it back again in the phone and see if the problem is solved.

See if Dark Screen is enabled

If the previous method doesn’t work in your case, you should see if the Dark screen option is turned off or on. Obviously, if it’s on, your screen will be completely dark and you won’t be able to use it properly.

Since the screen won’t turn on, the only solution remains to connect your phone to a TV or PC monitor, using an HDMI cable, then follow his path: Settings > Accessibility > Vision > Dark screen. If it’s on, turn it off and your phone’s screen should be back to normal.

Sometimes, a corrupted microSD card can cause such issues. If you’re suspecting yours, remove it for some time and see if it makes any difference.

If it’s not the SD card, it could be an app, especially if you have the habit of downloading apps from unknown sources, rather than the Play Store.

In such case, our recommendation is to find the faulty app and delete it. However, first you need to make sure that this is the reason why your Samsung Galaxy S5 screen won’t turn on, so start with booting the phone in Safe Mode, by following these steps:

Now that you’ve entered safe mode, you’re not running any third-party apps or services. Use your phone for a few moments like this and see if the screen will turn on after locking the screen, for example. If it doesn’t, it means that an app was causing the trouble. Start deleting any suspicious app and see if the issue reappears while using the phone in normal mode.

On the other side, if the Samsung Galaxy S5 screen still acts weird, it’s definitely not an app causing everything.

Another thing you can try in order to solve your phone’s screen issues is wiping the Cache Partition. This is done by following these steps:

If none of the above manage to solve your problem, you can still try something: a factory reset. Still, be aware of the fact that this will completely wipe the data on your phone, so a backup is highly recommended. Go to Settings > General > Backup & Reset and make sure all the settings you want to save are checked.

Once you are done backing up your data, follow these steps in order to perform the reset:

Use the phone for a while and see if the screen will turn on properly this time.

If none of these methods can solve your problem and the Samsung Galaxy S5 screen is still acting weird, it’s highly recommended to take it to an authorized service center. They will investigate it carefully and see if it’s a hardware or software issue creating this situation.

Which one of these methods worked for your phone? Let us know, using the comments section below!