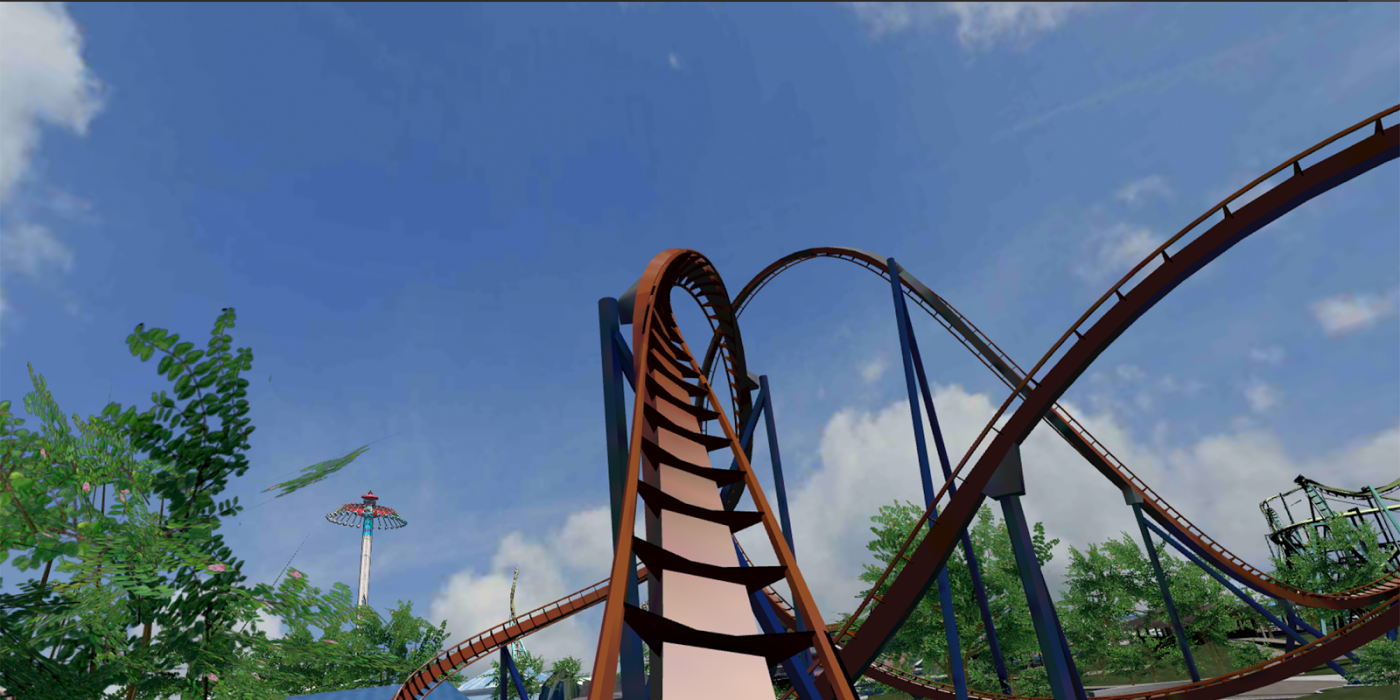 Virtual reality is far from being a new concept, but after taking a quick look at all the available apps, we can observe a trend. Developers are focusing on two main categories: horror and roller coaster experiences.

But we can’t blame them at all! After all, the latter are very easy to make, since you just need to sit in one spot, follow a specific path and look around, while the wagon goes forward on the rails. But the entire beauty lies in the feeling these provide, making you live the moment way more intense than watching the experience on a regular screen!

My first experience with virtual reality was one of these Gear VR roller coaster apps and it was absolutely awesome, helping me understand what this whole thing is all about.

More than two years passed since then and technology evolved, but the two above-mentioned categories are still dominating the charts. But hey, who said anything about anybody being mad about this?

I’ve tested numerous Gear VR roller coaster apps since then, on various Samsung Gear VR models, so I now have an idea about which titles are worth giving a shot. That’s right, we’re talking about them today!

Picking a great virtual reality roller coaster app is somehow difficult, due to the ridiculously big number of available titles. Obviously, this list had to include just the best stuff you can get now, so a lot of testing went into it. And we loved it more than your grandma loves saying that you look skinny and you should eat something.

Let’s see what we have for you guys!

Starting off our top, we have something which isn’t technically an app, putting you in a virtual world, but an aggregation of 360 degree video captures, taken on an actual roller coaster. But believe me, the experience itself is absolutely thrilling, and some of you may actually need a barf bag alongside the Gear VR.

The videos were digitally augmented, so through Coastiality, you can experience the roller coaster ride directly, from Germany’s Europa Park, on your own smartphone. At a second thought, you have an entire theme park on your phone, since the app packs way more experiences!

As a side note, the best part about Coastality is that there is a pretty girl sitting with you in every video, wink wink.

I’ll leave the trailer here, so you can see what this is all about, while I try this one more time. Maybe she gives me her phone number.

You can get the App from Google Play or in the Oculus Store.

Next on, we don’t have an actual app again, since it’s basically a video experience. But when it’s filmed at one of the highest and fastest roller coasters in the world, it’s definitely worth checking it out on your Samsung Gear VR.

Located in Valencia, California, Tatsu is a flying roller coaster, with a special way to ride: face down. You reach speeds up to 62 miles per hour, while the structure itself is 170 feet tall. Let that sink in for a bit, then decide if it’s worth trying this in virtual reality or in real life. Personally, I’ll opt for the first, at least for the moment.

If you’re curious about how the ride looks like, take a glimpse at this trailer:

You can get it for free, on Samsung VR.

It’s been a while since this was released, but the fact that it’s one of the older virtual roller coaster apps doesn’t mean that it’s not awesome. On the contrary, it’s been considered one of the best ever made, mostly due to its spectacular graphics.

Cmoar Roller Coaster VR takes you through the desert and it’s loaded with mining tunnels, as well as a couple of surprises. From time to time, you can also see some dragons, if it matters.

Check out a short demo here:

It’s a paid app, available for $1.99 in Google Play, but believe me, it’s worth every penny, since it’s considered by many the best VR roller coaster app!

If Six Flags’ Tatsu ride gave you the hebbie jeebies, get ready for another one of the most spectacular Gear VR roller coaster apps. I tried it and really had to keep staring straight ahead to avoid any nausea. But it’s definitely just a problem I have. Or it’s the app that good?

You get to try Cedar Point’s Valravn roller coaster, billed as the tallest, longest and fastest in the world. By the way, it’s one of the first virtual recreations of an existing roller coaster and, man, those developers did an amazing job.

Curious how it looks? Just let us know if you would ride the real deal after checking this:

You can get it for free from Google Play.

The folks over at Fibrum have a couple of very interesting VR apps for Android in their portfolio, including a well-designed ride through a lost jungle. I like to call this the roller coasters’ Temple Run, since it reminds me about the popular game.

It comes with great graphics and excellent sound effects, which contribute to creating the perfect atmosphere. It was revealed that developers tested more than 100 iterations before coming up with the final version, so you can be sure that it’s an app worth giving a shot.

This is how it looks:

There’s a catch about the app, though: You can download it for free, from Google Play, but just a few rides are available. If you want to try it more, you need to pay a small fee.

At the beginning of the article, I was saying something about the two main categories of VR apps you can find nowadays. Well, this one combines them in a great way!

We’re looking at one of the coolest horror-themed Samsung Gear VR roller coaster apps, loaded with monsters and ghosts, with the sole purposes of scaring the cr*p out of you. And believe me, they’re pretty good at this!

You will feel like exploring a haunted house, but on rails, and at one moment you will have to choose between two paths. Don’t worry, both of them are very creepy, so you won’t miss anything.

A big thumbs up goes to the team behind the game, who did a great job with the graphics. Seriously, it looks incredibly good. See for yourself, in the demo video below:

The ride is available for $0.99 in the Play Store or in the Oculus Store.

At first, you may be surprised by the graphics of this game, since it’s completely different, compared to the previous entries in our top. Honestly, it seemed like there was some kind of whale floating in the background when I first tried it and I kept wondering who on Earth put Moby Dick in a roller coaster game…

After testing it, I observed that the background keeps changing and some large particles start floating around. This gave me a very odd, Stranger Things-like feeling. Apparently, they are just stars, as the name of the game says it.

Overall, Star Coaster 2 is a very atmospheric ride and we’re convinced that you will enjoy the experience. Check out a trailer:

We kept this for the final since it’s something completely different from the previous entries in our top. But we know you’re going to like the idea!

The New Revolution Galactic Attack is the result of a partnership between Samsung and Six Flags, using mixed reality. The idea is simple: people visiting the Six Flags Magic Mountain or Six Flags Discovery Kingdom in California will be given a Gear VR headset before the roller coaster ride starts, allowing them to see interactive graphics, on top of what’s in the real world.

Yes, even the person standing next to you can be a part of the experience! Also, some parts will be completely in VR, hence the term mixed reality. Technically, it’s a real-world VR coaster! But I guess that you want to see a video of the whole thing, right?

How many of you are looking for Samsung headset offers right now?  We won’t blame you since these Gear VR roller coaster apps are absolutely awesome! And that Six Flags mixed reality coaster….just wow!

Which one of these experiences did you try until now? Let us know about your favorite, by dropping a few lines in the comments section!