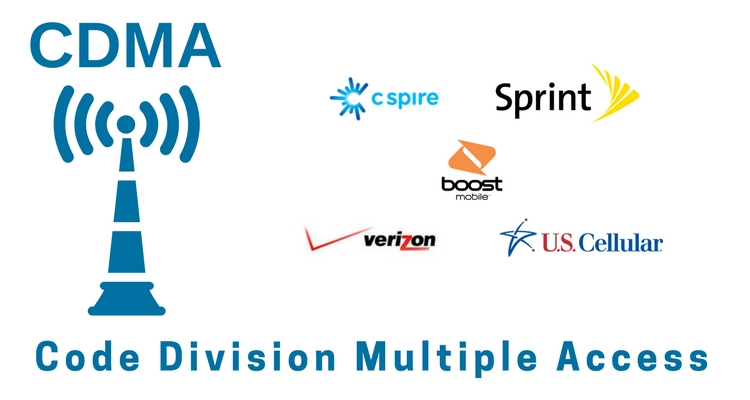 Worldwide, there are two main types of networks:

As their infrastructure is regarded, they are differently built – one is supporting a SIM slot (GSM) but the other not (CDMA).

GSM phones can be unlocked and switch carriers, whereas CDMA carriers use network-based white lists to verify their subscribers. That means you can only switch CDMA phones with your carrier’s permission.

Indeed, there were set up some mergers between GSM and CDMA companies ( T-mobile and MetroPCS, Sprint and SoftBank ), but the most CDMA devices will not be compatible with GSM networks.

CDMA networks are the most common in North America and parts of Asia (CDMA networks examples: Verizon, Sprint, US Cellular, Straight Talk, Unefon). Unlike GSM phones that work with a SIM card inside, the CDMA phones do not work based on a SIM. It is easy to swap phones on GSM networks because you only need to take out your SIM card and put it on a different phone (the new phone will have your number).

That’s not the case with CDMA, where you can only switch phones with your carrier’s permission, but typically CDMA carriers do not give you permission to switch phones.

Based on this, you have to understand that only GSM phones can be unlocked to switch carriers, whereas CDMA carriers use network-based white lists to verify their subscribers. That means you can only switch CDMA phones with your carrier’s permission.

What really matters is the type of network prior to the merge. If the network infrastructure was CDMA from the very beginning, so it will be after the business merge, because of its initial infrastructure.

Note: we do not unlock CDMA phones. Please do not place an order if your device has a CDMA infrastructure.