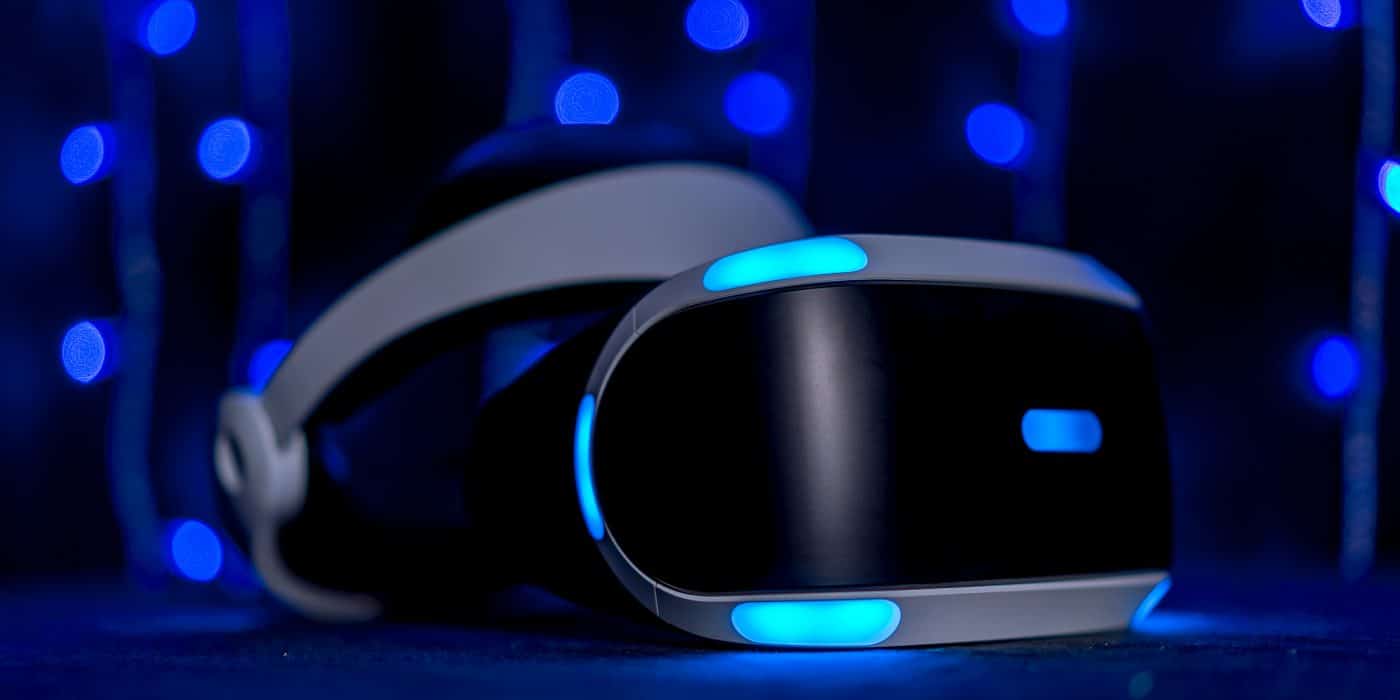 It was somehow mandatory for Sony to join the virtual reality game, as the Japanese manufacturer had all the resources required to develop a high-end platform. And, as you probably know, they did it and it was a success.

But hey, they did more than just create a virtual reality gaming device, since it also has a few extra goodies packed. Yes, you guessed it, you can watch PlayStation VR 3D movies using the headset and the experience is absolutely mental!

Before this, though, make sure you check out some of the upcoming PSVR games as well, ok? Some of them look ridiculously good!

If you had no idea that your PSVR is able to do this, then you’re in the right place. Here you can find out how to set up the headset in order to enjoy movies, in just a few easy moves. And a few cool recommendations await you as well. Excited? Thought so. Let’s see how it’s done…

Putting the cinematic mode at work

Besides all its gaming features, the PlayStation VR has a special cinematic feature. You can use it to play non-VR PS4 games, browse the internet in 2D, and watch VR 3D videos.

The coolest part about the latter is that you get an upgraded screen size, way larger than any standard TV set. Basically, it’s like an IMAX cinema theater, but with the ideal display size and full isolation. You can feel like in a cinema by just wearing a VR headset, let that sink in for a while. But first, you need to make a couple of adjustments, for the best viewing style.

How to set up PSVR Cinematic Mode

The mode is very easy to set up, since everything you need to do is turn on the console, plug in the headset and you will see the PS4 menu through the visor. Still, you should know that a couple of tweaks are mandatory, as the quality of the movies will not be the best all the time. 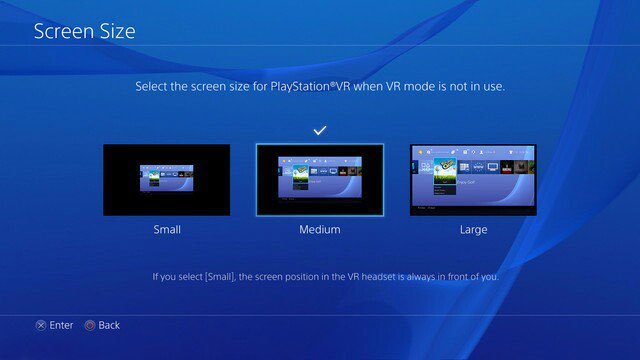 You can pick one of these by going to Settings > Devices > PlayStation VR > Cinematic Mode.

I know, 226-inch is definitely tempting. But in this case, bigger is not necessarily better. The larger the screen size, the worse the quality of the image. Don’t expect Blu-Ray quality at this size, so our recommendation is to opt for 163-inch, in order to get a decent image.

What kind of virtual reality content can you watch on PSVR?

Sony issued several updates for the console’s Media Player app ever since the release, meaning that you can enjoy various types of content using the PSVR. Specifically, VR movies in formats like MKV, AVI, MP4, MPEG2 PS, MPEG2 TS, AVCHD, JPEG, BMP, and PNG files can be viewed using the console’s software.

Initially, the headset wasn’t able to play 3D Blu-Rays, which was considered a big downsize, but the manufacturer took care of this. With the PlayStation 4.50 patch, a couple of significant changes were introduced, including an update to the Cinematic Mode, which now allows you to watch 3D Blu-Rays just using the headset.

It’s also worth noting that the update also brought a 120Hz refresh rate for the Small and Medium screen sizes, resulting in smoother images. This means that you can watch PlayStation VR 3D videos for a longer period, without feeling dizzy. Seriously, a lot of people are affected by this!

Unfortunately, in order to enjoy such content, you need to use a USB stick or store it on a local media server. Unfortunately, storing directly on the PS4 is not available. But Sony, if you’re reading this, please have mercy of some mere mortals and think about doing something about this in the nearest future.

On the other side, let’s not forget about services like Hulu or Vrideo. These have dedicated apps, allowing PSVR users to check out curated PlayStation VR movies.

Which are some PlayStation VR 3D movies worth checking out?

Since you can watch any 3D movie available on Blu-Ray, it’s obvious that the selection is ridiculously high. Nevertheless, this doesn’t mean that any movie is worth your time, so I decided to help you a bit on this one.

After going through a few lists, I was able to decide upon a few titles which are actually a pleasure to watch using a PSVR headset. And it doesn’t matter if you already saw them on your TV, because the experience is completely different.

I know, it was released a century ago, but it was one of the first major 3D movies, proving critics that this format is here to stay. Bonus points for the stereoscopic design, which is thoroughly nuanced, so your eyes won’t hurt after watching it for a longer period.

Another movie released a few years before writing this article, but still excellent to watch using a PSVR headset. Oh, and it’s a vulgar picture, loaded with inappropriate jokes. Just thought you should know this.

Everybody knows that it’s not as good as the original, but there’s no doubt that this movie is an example of state-of-the-art 3D effects. Even though you’re not a fan of the neon-lit world, enjoying it in virtual reality is an amazing experience.

This list can go on, but I wanted to put here just a few of my favorites. If you want even more options, you can check out Lifewire’s selection of 3D Blu-Ray movies.

Now that you know how to watch 3d movies on PSVR, it would be awesome to hear some recommendations from you guys, as well as any other impressions. So don’t be afraid and make use of the comments section below!