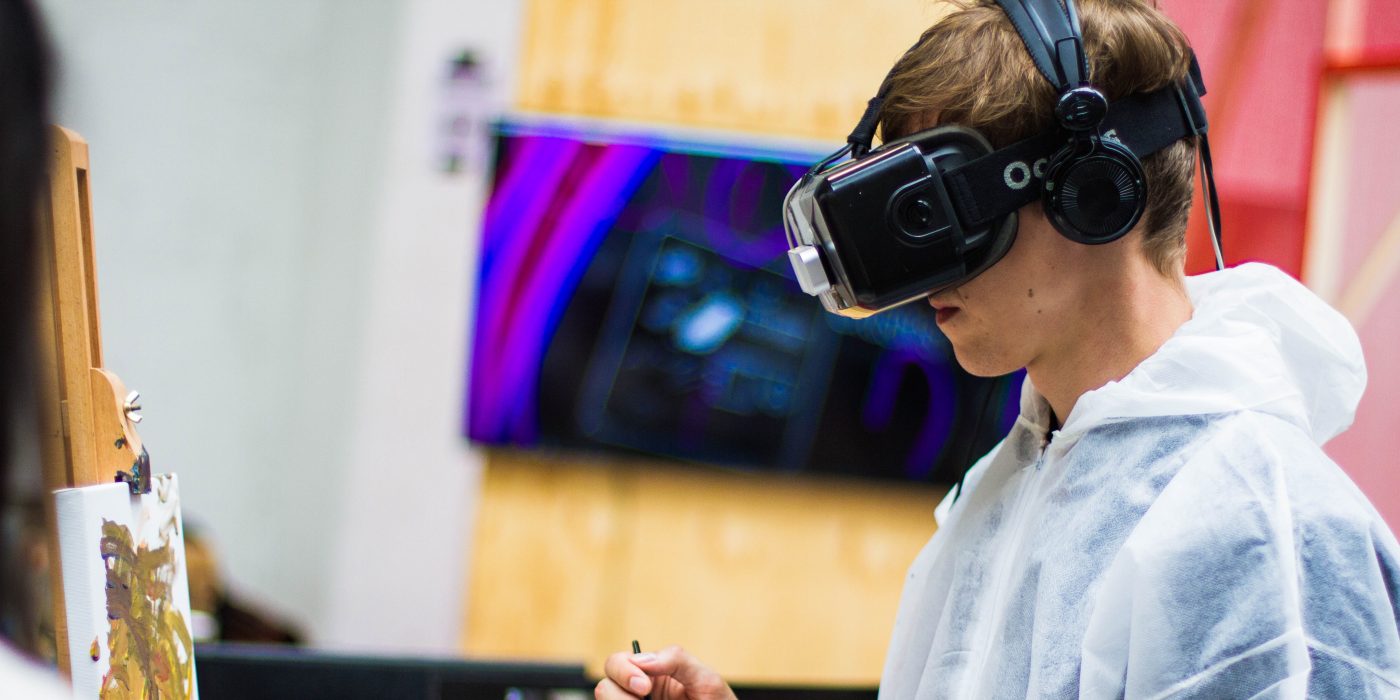 Why Virtual Reality Simulators Are More Than Just ‘For Fun’

Ever wondered what virtual simulation is? How many times have you heard people talking about virtual reality simulators lately? We bet that you’re wondering what’up with this entire hype surrounding them, so we’re here to make things clear.

Well, it looks like they’re actually considered the future of entertainment, offering us a complete new way of playing games, as well as learning or working!

In today’s post we’re talking about the rise of such equipment and get to see what they can really do, besides gaming. Also, we’re going to find out how you can use them in order to make your life better. Because yes, there’s a lot of potential for this.

What are virtual reality simulators?

Simulated reality is not a new concept, since technology enthusiasts have been talking about it for years. That’s right, even before the equipment allowing us to see what it consists in were accessible to the masses. However, for the past two years, it kept rising and now it has all the chances of becoming a worldwide phenomenon!

First of all, let’s make things as clear as possible: a virtual reality simulator is basically the equipment used for human immersion in 3D virtual reality. Recently, as technology evolved, virtual reality became way cheaper and accessible, so its main purpose is now entertainment.

VR is actually very complex, but it has other major uses as well. To be more specific, these simulators we are talking about today are not just for having fun! Do you want to know what other things they can do? Stick with me.

Gaming is the most obvious application, as several virtual reality simulator games have been created until now, but people also found very challenging or even unusual purposes for them. Let’s get more in-depth and see some of the most interesting activities that can be simulated with these…setups? Yeah, let’s call them like this.

This is easily the most recognisable example of a virtual reality simulator used for something else than gaming. Not a long time ago, pilots were relying on simulators with several monitors for training.

Combining this with virtual reality makes it even easier for them to achieve new skills or learn how to deal with emergencies and communicate with ground control.

But what if we told you that there are some way cooler types of flight simulators, allowing you to feel…like a bird?

The folks over at Somniacs are the ones behind Birdly, considered by many as the best VR experience yet, hands down.

To be more specific, it’s a full-body flight simulator for the Oculus Rift, as well as the HTC VIVE and PlayStation VR, giving you a better-than-reality experience. And this translates to “flying above New York, the Great Wall of China and many other locations”. Suddenly, Nelly Furtado’s “I’m like a bird” started playing in my mind…

This is what we call a real virtual reality simulation video:

Unfortunately, there’s no release date or an official price, but we want to believe that one day we’ll have the chance to test it!

We all remember those racing simulators from arcades, isn’t it? Yeah, those were the times!

Nowadays, thanks to the rise of technology and virtual reality, we can experience racing almost the same way as a driver does. Almost, because you’re all safe if you crash your car. Or maybe not that safe, actually, if you do this in an extreme racing simulator, able to generate insane amounts of force feedback!

Before getting more in-depth with this, you should know that a real car enthusiast (besides VR) is writing all these. Excuse me if I get a bit too excited about this. Ok, we’re good, back to our virtual reality simulators. 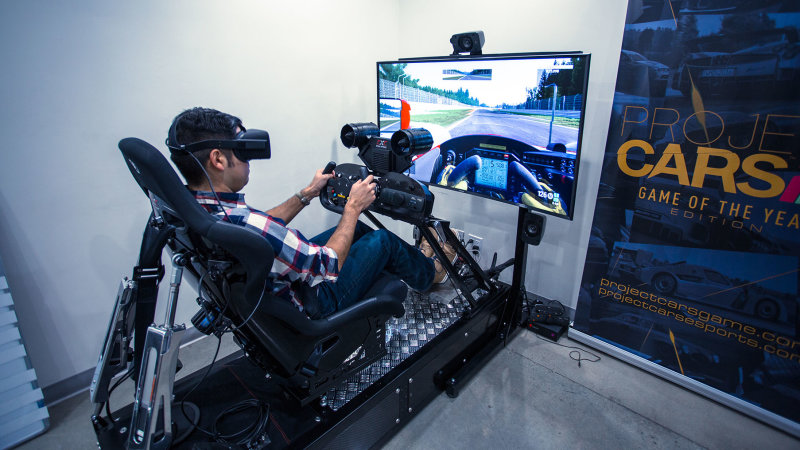 Unlike flight simulators – the ones mere mortals can try, that is – racing sims are actually pretty accessible. You can combine them with the stand-alone VR headset of your choice, like the Oculus Rift, for example, for a top-notch experience!

Some tech fans choose to build their own setups, combining a VR headset, steering wheels, pedals, and rigs. However, this can be a costly solution, but if you want to drive a Nissan GT-R (or any car you can think of, this just happens to be one of my favorites), it’s kind of worth it! And check out how awesome it looks:

Being a surgeon is by far one of the most difficult jobs one can have. And it implies a lot of risks sometimes, so training as much as possible is highly recommended. But hey, not on patients!

The types of virtual reality simulators presented above are the most commonly encountered ones, but there are a few more! For example, there’s one allowing you to drive the Mars rover, or virtual simulator for nursing. One of our favorites is a nice experiment started by MIT, which can be used to take a swim in the ocean, in virtual reality.

Speaking about the latter, underwater VR is still an untapped market. But we’re convinced that we will see a lot of progress being made in this direction in the near future.

If until now we talked about setups focusing on simulating one specific activity, it’s time to move on! Let’s see a few models used to create multiple experiences, compatible with a lot of VR simulator games and applications.

For example, there are the so-called 9D cinemas, which are basically egg-shaped capsules, relying on a headset like the Oculus Rift and offering immersive experiences.

As impressive as they look, they’re actually available for buying, retailing around $2,000, depending on the features.

Specifically, we’re talking about wind effects, force feedback and one tiny piece of plastic touching your legs while in VR. And it can get you very close to a mini heart attack sometimes! True story.

Here’s one in action:

Moving on, let’s not forget about treadmills! These are great for those who also want to try moving in virtual reality, thus taking consumer engagement to a whole new level. And by “a whole new level” I mean feeling like you’re actually in the game!

Wait, we’re not done yet, since these also have a major advantage, over other simulators: they won’t make you feel sick.

Virtual reality sickness is different from motion sickness, but some people are still experiencing it when using headsets. By using a treadmill, you won’t feel weird, since you’re moving as well, not just the environment projected on the headset!

But it’s not just about games! You can use a headset and a treadmill to explore new places, take part in historical moments or even play in your favorite movies. The only limitation is your imagination! I mean, the developers’ imagination…

A few companies already made some crazy VR setups based on treadmills, but the most impressive we’ve seen so far is the Virtuix Omni, compatible with both the Oculus Rift and HTC Vice.

Here’s a preview of it:

It retails for $699 and you can pre-order it now. Additional accessories are available as well, ranging between $60 and $80. Also, if you’re reading this, Santa, I want you to know that I’ve been good all year and ate all my veggies.

We know what they are used for, how some models look and we even saw them in action. You must agree with us that the pace at which this industry evolved is unbelievable! But there’s definitely room for more.

What do you think the next big step for virtual reality simulators is going to be, so users can enjoy the ultimate experience? Let us know, by dropping a few lines in the comments section below. 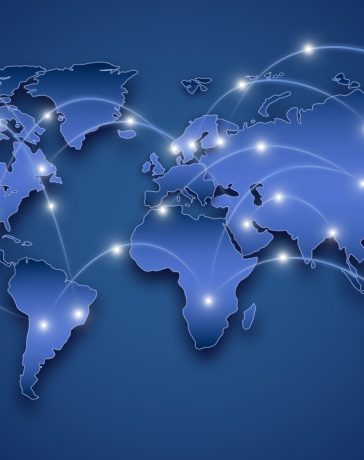