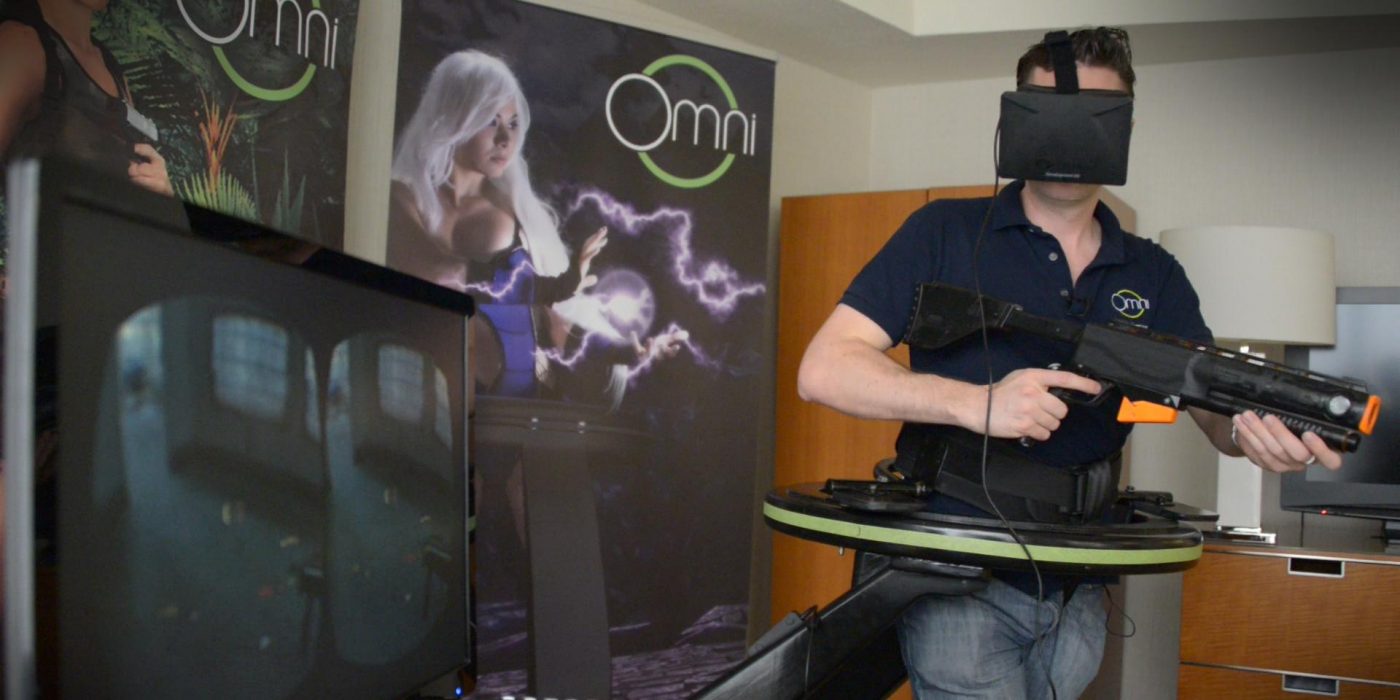 Are Virtual Reality Treadmills The Future Of Gaming?

News flash: You can now live inside your favorite video game!

Nowadays, virtual reality can make gaming way better, but somehow, it’s still limited. But you should know that besides regular headsets, you can also use virtual reality treadmills now, for a fully immersive experience.

And hey, maybe this will finally make you start jogging. After all, you’ve been promising to do it ever since January…

Today we’re going to talk about how virtual reality experiences can be improved using a treadmill. We’re also covering some of the best models available right now, focusing on both their pluses and minuses.

Sounds good? No doubt! Let’s see what these marvelous pieces of technology can actually do!

While gaming or enjoying any other type of virtual reality experience which implies walking, you can do it automatically. You simply at some specific points in the VR environment, using a button on the headset or controller. Of course, you can do it naturally, by following your instinct. 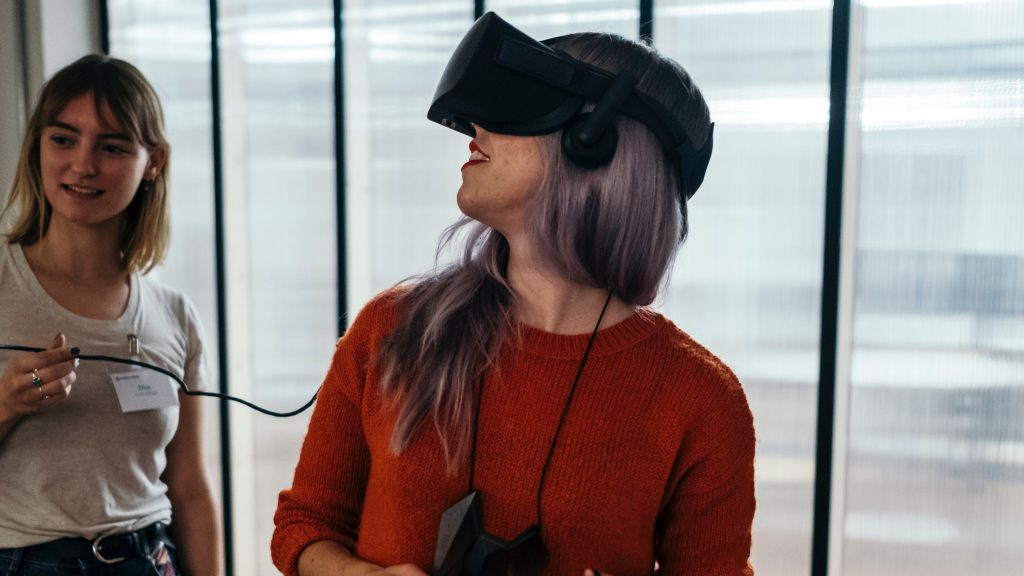 You simply walk or run around, exploring the simulated environment surrounding you. And, sometimes, you can hit a door or a chair, while trying to escape from a zombie, like I did a few days ago.

For us, this is…decent. But why stick to “decent” when there’s room “better”?

Even though there are more than two years since the first concepts were presented, only now virtual reality treadmills became accessible to a bigger public category. Most of them retail for around $2,000, but you can get one for as low as $700, like the Virtuix Omni.

There are a lot of great games which can be played using one, but our favorite experience is by far Grand Theft Auto V, even though it wasn’t any of us here who tried it. But we we’re all fans of the game and devoured it when it was launched!

Check out how GTA V played on a virtual reality treadmill looks like:

But can we use treadmills for something else than just gaming?

Presuming that compatibility with various apps is not an issue, the possibilities are endless. Ok, maybe not just endless, but we’re fans of this expression and we really wanted to use it here. But you get the idea.

To be more specific, thanks to the integrated tracking technologies, a movable VR experience is possible now, making you feel like you’re actually inside the virtual reality app you’re trying.

Imagine that you’re trying an app which allows you to visit the most important touristic objectives in the world. Wouldn’t it be better to actually walk around them and see all specific details for that place? 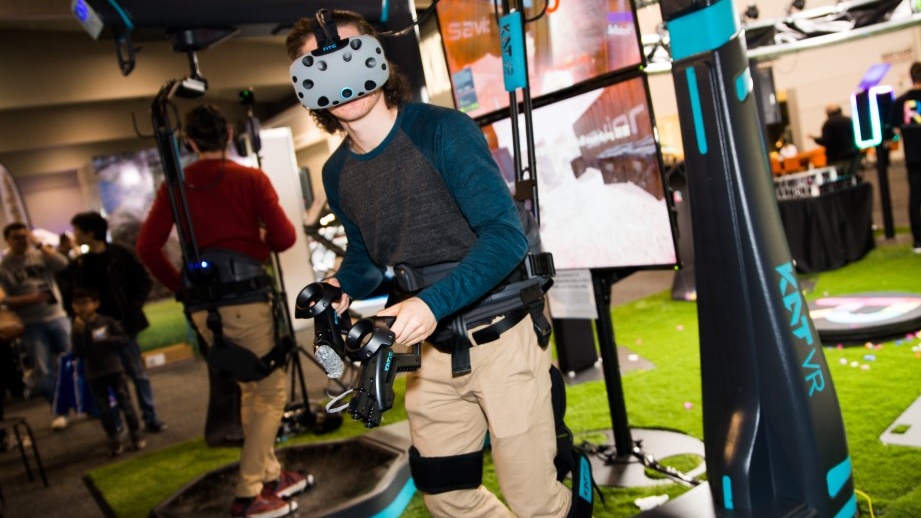 Take the Great Wall of China, for example. I bet that you would totally be curious to see what happens if you start running towards the end!

How about playing for Real Madrid or any football team in the world, and feeling like you’re really on the pitch, in the most important game of the championship? Doesn’t this sound awesome?

Also, you must have a favorite movie or book and at least once you imagined how would it be to actually live in that world and even interact with characters. Technically, this can be done as well, using a VR treadmill.

And our list could go on, since the overall experience offered by any app that implies virtual reality walking or any other type of movement, can be taken to a whole new level as long as you combine the headset with a treadmill. Told you that the possibilities are endless!

Ok, so now we know what virtual reality treadmills are and what you can use one for. Let’s focus a bit on some of the most interesting models available right now.

Let me explain: virtual reality can be considered accessible, since ridiculously cheap headsets can be bought with ease, paired with a phone and bang!, immersive experiences for anybody. However, things change when you want to try something a bit more complex, like virtual reality treadmills.

If you ask us, there are a lot of early adopters out there (and hopefully here, reading this) looking forward to actually build a setup based on a virtual reality treadmill. In order to make their choice a bit easier, let’s see a few models which they can use.

This is by far the most popular omnidirectional treadmill of the moment, being around since 2014 when it was just a project on Kickstarter, which managed to raise over $1,000,000 by the end. And yes, it’s an omnidirectional model, which allows movements in all directions, not just front and back. After all, it’s called “Omni”…

At a first look, it resembles a baby walker and using it implies getting a lot of straps and harnesses on you, as well as wearing a pair of special shoes, loaded with sensors, which allow you to move inside the thing. Doesn’t sound that comfortable, right?

The Omni treadmill is compatible with the Oculus Rift and HTC Vive and running on it doesn’t actually feel like running. Since you don’t raise your feet from the ground that often, the movement resembling a sliding.

Otherwise, it does a more than decent job with VR walking and is compatible with some very interesting titles. Curious to see it in action? Check out this video:

As mentioned above, the Virtuix Omni platform price is $699. Quite decent for what we consider to be the best VR treadmill of the moment.

Moving on, we have a virtual reality treadmill built on the same principle as the Omni, except it doesn’t rely on a belt or ring around the user’s waist. A more comfortable approach, if you ask us!

On the higher part of the structure is a superior fascination, on which you need to connect, while the walking process is slightly different since it doesn’t have a gliding effect with the special shoes on. Still, moving isn’t that easy as in…real reality? Yeah, we can go with this term.

Otherwise, the entire KatWalk VR is very stable and the build quality is excellent, not to mention that you can try several experiences on it, not just gaming. This is how you would look while trying one:

Another great virtual reality treadmill that deserves our attention is made by the folks over at Vue, which, at a first look, is very similar to KatWalk. Actually, it’s the same concept, if you ask us, the only difference being made by the design.

As you can see, the Vue VR offers a bigger moving surface, so you can run freely, with hands and arms moving naturally. On the other side, it can be a bit difficult to fit one in your room, but hey, if you want to enjoy a neat VR experience, sacrifices are required!

We must admit, watching it in action gave us the creeps. See for yourselves:

The biggest minus of this treadmill is the cost: a whooping $3399.99. Basically, you can get a load of KatWalks or Virtuix Omni for this amount of money!

These are just a few of the most interesting models of the moment, as the market for them is constantly developing and we’re convinced that it won’t be long until way cheaper VR treadmills will be available. Also, we’re actually hoping that some of their biggest issues will be solved as well.

Ok, I know what you’re thinking: the price, as otherwise, these things are absolutely awesome! Somehow, we tend to agree with this statement, as we’re also in love with the idea, but the truth is that the VR treadmill price is far from being the only issue…

Virtual reality treadmills are not comfortable at all! Imagine being strapped, loaded with sensors and having to wear a harness, in order to enjoy a game or other apps. Not to mention that you can’t walk relaxed at all while wearing those low-friction shoes!

In an ideal world, a manufacturer will come up with a system similar to Kinect, which captures your moves and transposes them in virtual reality, so you don’t have to wear so many things on you.

We know, we’re still far from the moment when this will be possible, but we don’t have any doubts that one day it will happen.

Then, there’s the size of virtual reality treadmills. Admit it, you’re not fancying the idea of putting such a big equipment in your room at all! And we can totally relate, as most of them, not just the ones presented by us, are huge and heavy. Therefore, we’re still waiting for that day when something smaller, with the same functions, will be available.

Don’t get us wrong, we’re totally for surpassing the boundaries, but comfort should prime in some cases.

And this pretty much wraps it up. It’s obvious that there’s a lot of potential hidden inside virtual reality treadmills and they can become the next-gen way of playing games. But there’s still a lot of work to be done in order to make them appealing to the average consumer.

Would you buy one? If so, which model do you like the most? Or do you think they’re totally pointless, at least in their current form? Let us know, by dropping a few lines in the comments section below!